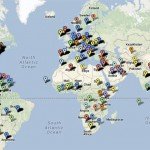 It’s time for Hour of Code

Join the the global movement to introduce every child to essential STEM skills.

In all the machinations to bring STEM (science, technology, engineering, and math) education to every child in the land, there’s been a chronic malfunction in the works. Educators and policy people are generally talking to each other in the happy abstract vacuum of “initiatives,” “shifts,” and “campaigns.”

Meanwhile many American parents and children still regard math — the core skill behind much of the S, T, E, and all of the M — with fear and loathing. Girls and women lag way behind their male counterparts in STEM education and careers from middle school on up the corporate ladder. Science education — especially since it’s not part of the Common Core — remains underfunded. And technology and engineering education? Well, in many K-12 schools across the country, it doesn’t exist at all.

Even if as a parent you’re attuned to the STEM chatter and would love your child to participate in cool engineering summer camps and in school science fairs, the fact is that depending on where you live and how much extra cash you have, your child may never have these opportunities.

So what are parents supposed to do if they want to expose their children to the vast potential of STEM — and aren’t lucky enough to win the lottery for the insanely competitive science and technology charter school, or wealthy enough to shell out oodles of greenbacks for an elite summer camp?

Hour of Code to the rescue. Code.org’s campaign to get kids (and adults) to dip their toes into the world of computer programming with a one-hour online tutorial has grown into a worldwide event involving some 15 million participants across 180 countries in more than 30 languages. Hour of Code has attracted the endorsements of global celebrities from a variety of fields — from pop star Shakira to tech mogul Bill Gates to Noble Peace Prize winner and girls education advocate Malala.

Code.org’s one-hour introduction is available any time. (My daughter did it one wintry day last year and enjoyed herself immensely.) But the global campaign known as “Hour of Code” is a six-day event December 8th — 14th. Participating classrooms can win prizes such as $10,000 worth of technology for their school or a top-secret day of code in Washington, DC. (Might the secret service have a role?) But the really great thing about this collective event is that it’s a perfect opportunity for parents to suggest that their child’s school crack open the door to STEM education. Hey Mrs. Principal, it’s free, it’s easy, and it comes with a plethora of celebrity videos to hook even the most jaded kids!

Sure your school may not have the funding for a real science lab or a good technology program or even an afterschool science club, but with Hour of Code you can get your school involved in a movement that raises STEM awareness and introduces kids to the challenges and pleasures of computer programming. Your school doesn’t have computers? That’s okay. In addition to the interactive online coding curriculum, this year Code.org developed computer-free tutorials as well.

An hour of code, you say? What can a single hour of coding really do? You’re right, of course. It won’t solve what policy wonks refer to as the “STEM problem:” one hour of coding will not prepare the next generation for the technology jobs of the future.

But it’s the kind of baby step into a foreign land that up until now hasn’t even been available to most schools, much less individual families. Plus, if a school community participates in the Hour of Code and wants more, Code.org has the next big step available, too. The organization offers free curricula for grades K – 12, including online and hands-on lessons, with free one-day professional development workshops available to all participating elementary schools in the  U.S.

In the course of writing this article, I discovered my daughter’s elementary school is signed up, but I’ve yet to hear anything about it. Since it’s so easy to sign up, it’s also easy not to make it happen.  Find out if your child’s school is signed up to participate in Hour of Code. If it’s not, there’s still time. Getting your school to take a baby step into the next century is likely to be a lot easier (not to mention cheaper) than organizing that community picnic.