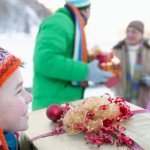 500 parents tell all on the best and worst toys for the holidays.

Want to know which toys will stand the test of time and which toys to avoid at all costs? Curious about what kids really want? Wonder whether you’re an indulger or a tightwad? We’ve got the answers. For our Holiday Toy Survey, we queried 500 experts — a.k.a. parents like you: 57 percent dads, 43 percent moms, and all with kids ranging from age 4 to 12. They responded with a sleigh’s full of wisdom and wit. Here are some of the best outtakes from America’s perennial toy story.

No price tag can be placed on that killer gift that keeps on giving: the toys your children never tire of. Here are the presents parents say always pay off: old-fashioned toys that build brain, brawn, and tenderness:

Legos “They have instructions children can use, and [kids] spend hours putting [them] together. Great selection and kids spend hours making up stories with different Legos.”
Art easels “She uses it every day. It encourages creativity and we are constantly watching her grow up through it.”
Trampoline “Easy way to use up excessive energy.”
Lincoln Logs “Played with them for hours. Even snuck them on a trip to Florida. Brought out his creativity.”
Sports equipment “Skis, snowboard, basketball, football…. They have a higher satisfaction/self-esteem return.”
Bicycle “This has to be one of the best gifts a parent can give.”
Matchbox cars and track “He can play with them for hours and they use his imagination.”
Play structure/swing set “They played on it for hours and it helped build coordination.”
Pillow Pets “My kids just love them. They won’t let go – even as they get older – it’s still something they carry around to put their head on as they watch TV or kick around even if it isn’t necessarily a ‘toy’ for them anymore. It’s just something they have to have.”
Page-turners “Books!”

Puzzles that can’t be pieced together, Transformers that transform into a heap of plastic, race cars that never drive — every parent knows that holiday gifting can be fraught with disappointments. According to surveyed parents, here are some of the worst present pitfalls:

Remote-control anything “Remote control vehicle that crashes into the walls and furniture, all the while yelling stupid things, like ‘Yeah! Let’s go!'”
Anything that talks or sings “Singing, dancing stuffed animal…the toy was loud, and repeated same noise/motion over and over. Daughter loved it for a while. It drove my wife and me crazy.”
Novelty dolls “Doodle Baby. You can only write on a baby so much before it gets creepy.”
Toys with a hundred little pieces “I hate those little things all over the house.”
Assembly-required toys “Packaging required use of tools including screwdrivers and razor knife to get toy out of package so they could play with them. Absolute pain in the &%.”
Gifts they’ll never play with “Took hours to assemble, difficult to move, came with no accessories, and she didn’t play with it much.”
Electronic gaming toys and consoles that will suck your child’s soul “Xbox… he is addicted to that damn thing.”

What’s on most kids’ wish lists (like it or not)

Unfortunately, the very presents some parents regret turn out to be the gifts most cherished by kids. Video games were the unparalleled winner with 49 percent of kids putting video and computer games at the top of their lists — along with tablets of every kind. (See our top gift picks for Techno Wizards.) And although some parents were dismayed by the powerful influence of these toys, others embraced them as opportunities to engage kids for the long haul. Here are some of the kid favorites:

Xbox “My boy would skip meals to play.”
Leapster “Can teach them math while having fun.”
Tag Reading System “[It’s] the best toy I’ve ever bought my daughter… She loves reading and played with it for hours upon hours. Also, I could continue to buy books for her as she outgrew the others…”
Wii “He wasn’t expecting it and all the boys played the boxing [game] for weeks on end.”
iPad “Uses it all the time for play and education.”
DS handheld gaming system “…this toy has been played with more than any other.”